I visited Lyme Regis yesterday which had a particularly British feeling to it as the Queen was celebrating her diamond jubilee. Here's the photographs (click on them for larger)... 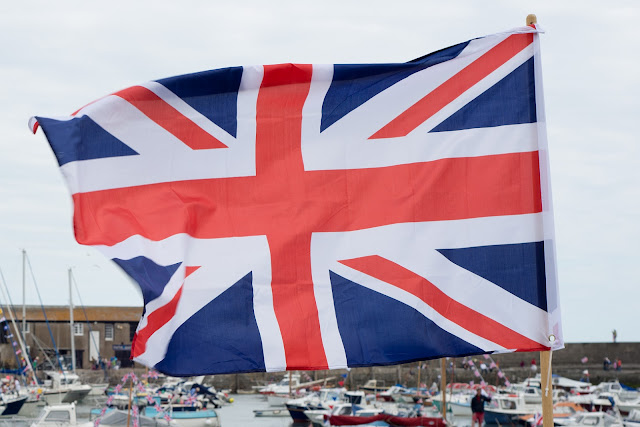 There was a tea party going on at Marine Parade 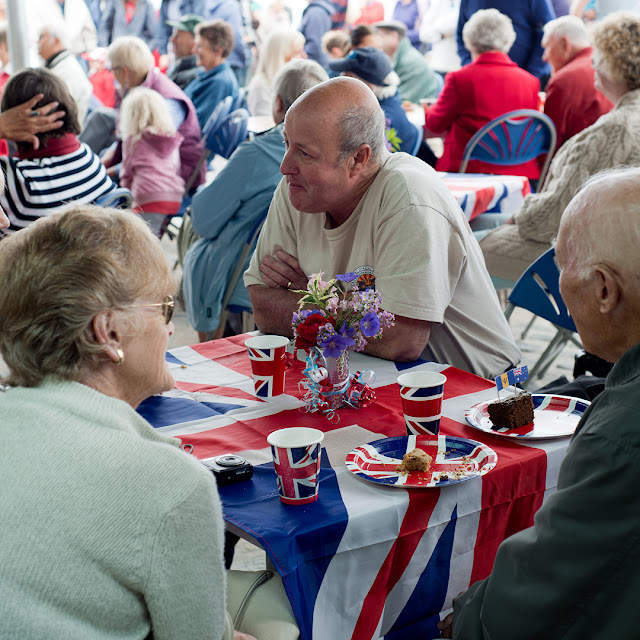 With lots of cakes 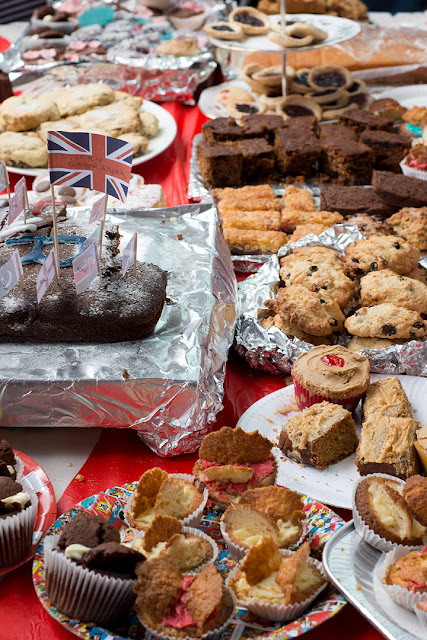 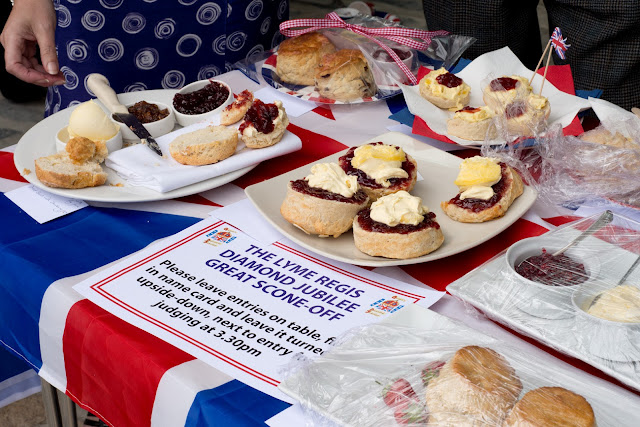 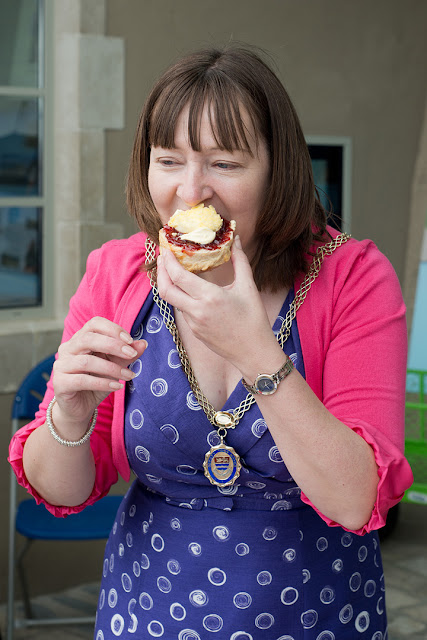 A tough job, but someone had to do it! 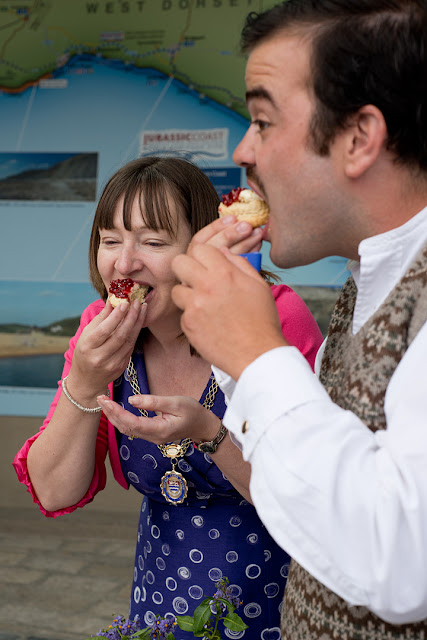 The winner is announced, it was Mulberry Manor 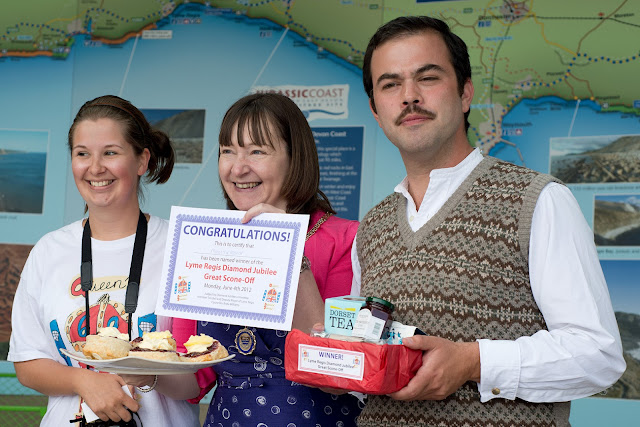 Then some Chelsea Pensioners turn up and get in on the scone action! 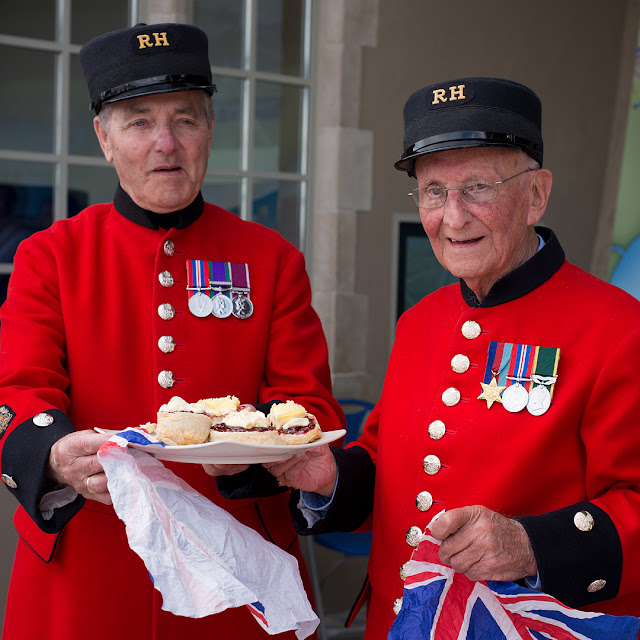 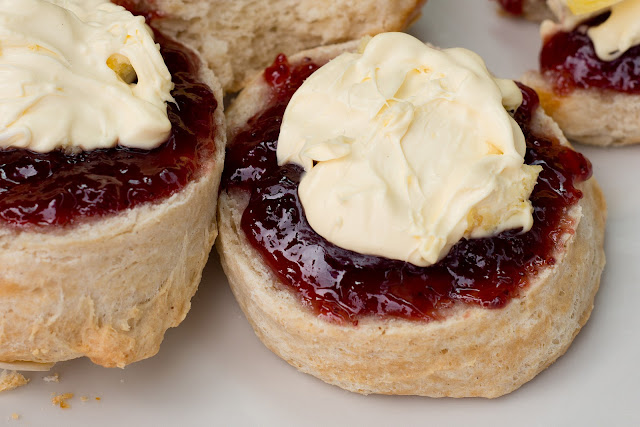 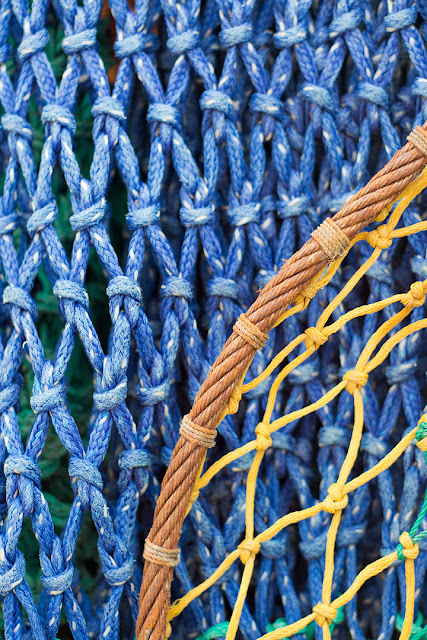 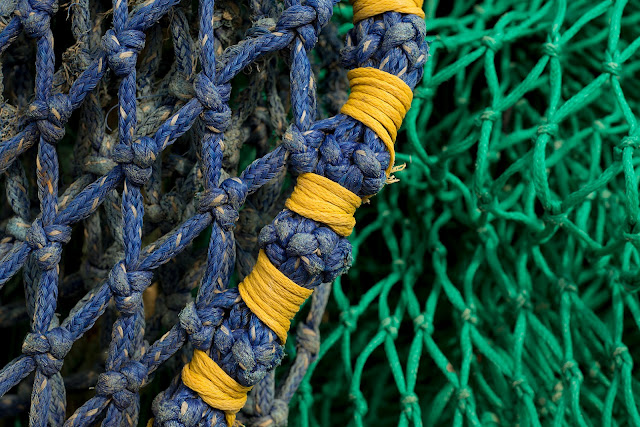 A great view from the Cobb back to Lyme Regis town

and people took positions to watch the boats

but it was all too much for some people 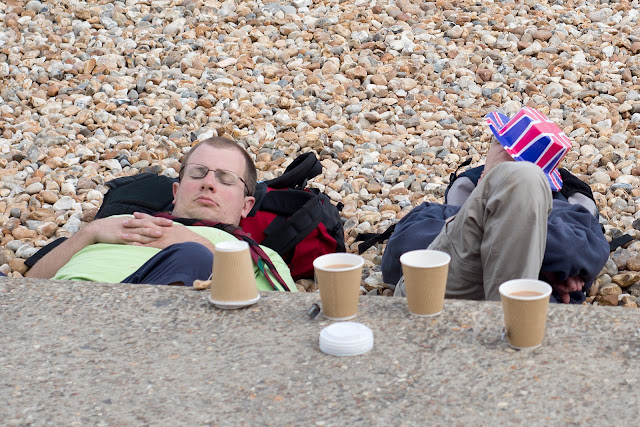 On the way back to Exeter I saw the Queen and Prince Phillip in field! 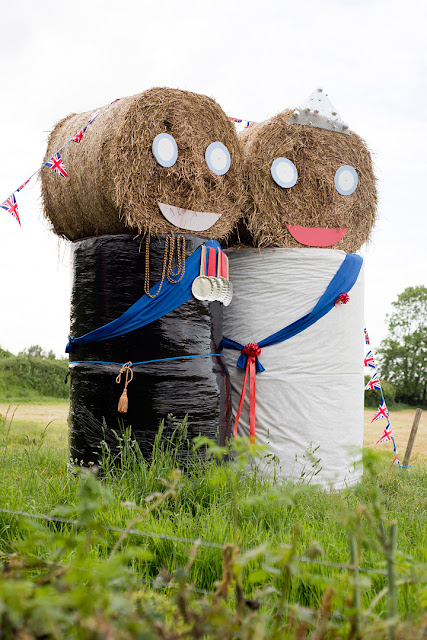 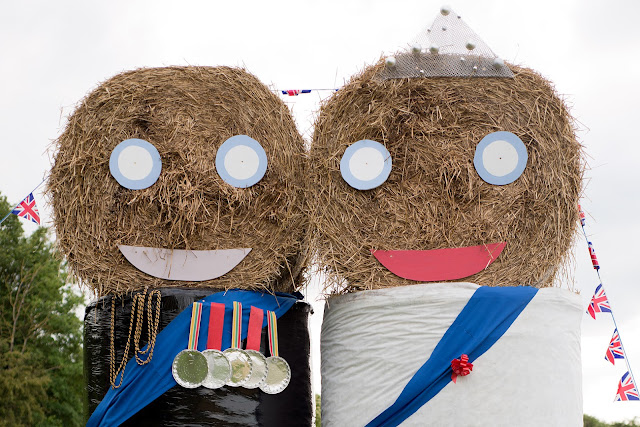