The evening of Sunday 20th May 2012 saw the arrival of the Olympic flame in Exeter, it stayed overnight and left from the quayside early on the 21st. 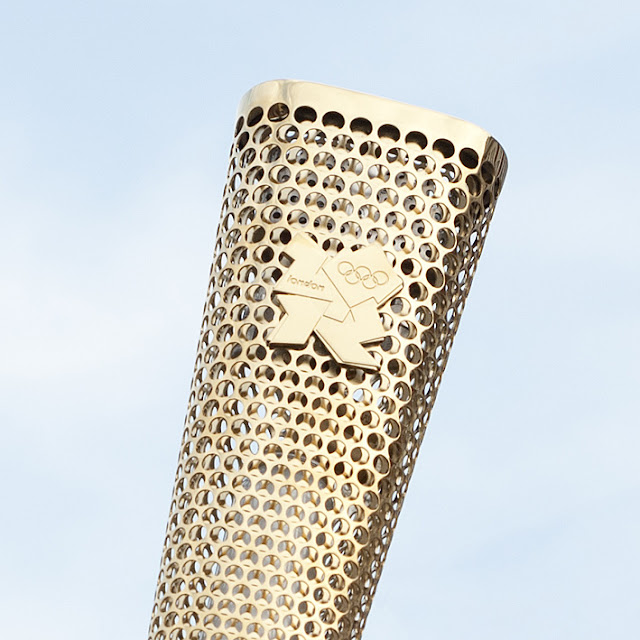 These photographs cover a handover in Topsham Road on Sunday and the lighting of the first torch on Monday morning at the quay. 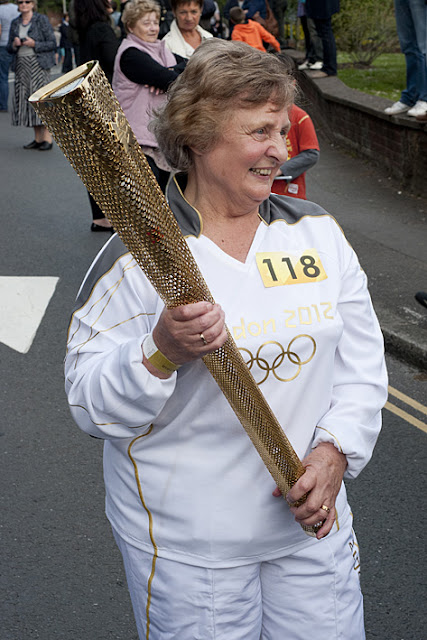 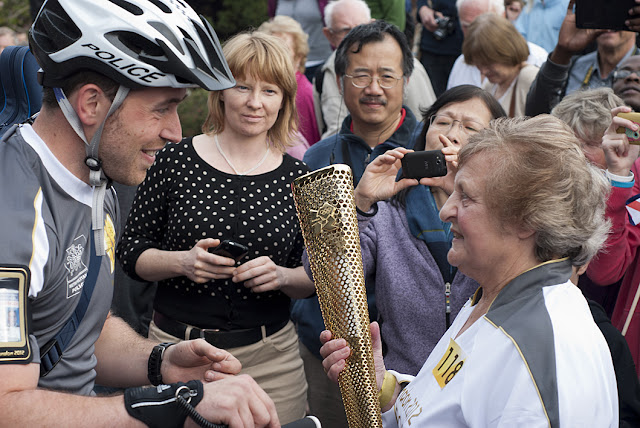 Being given instructions and told what to expect 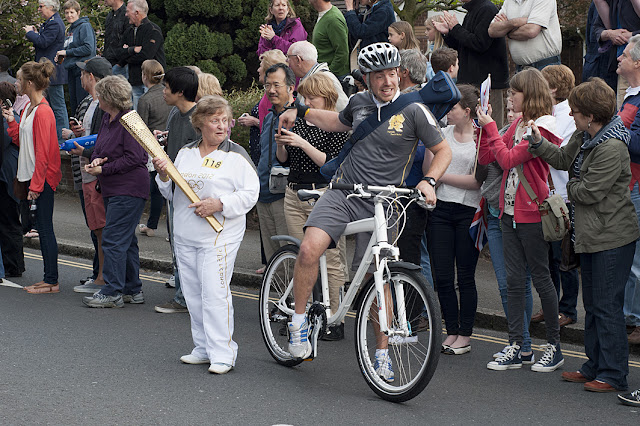 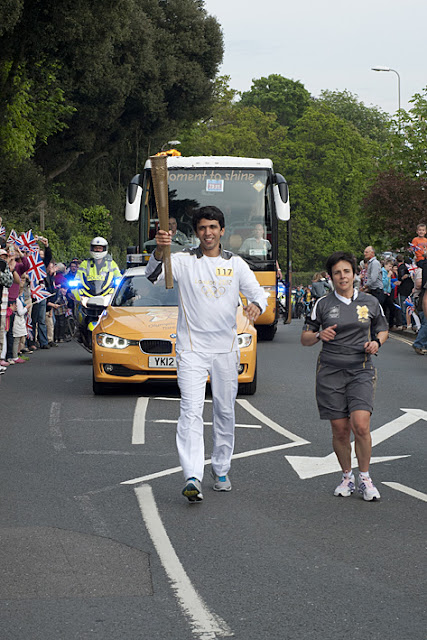 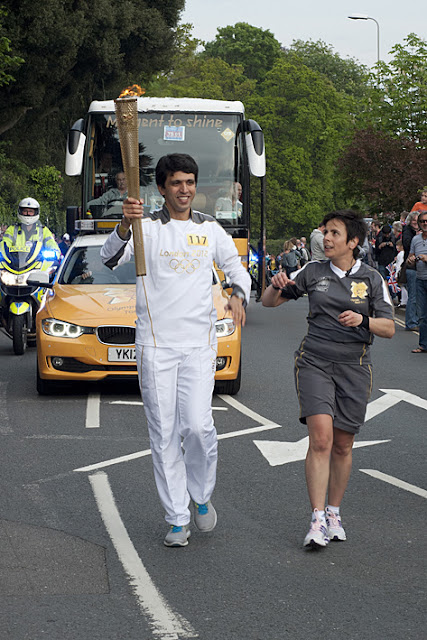 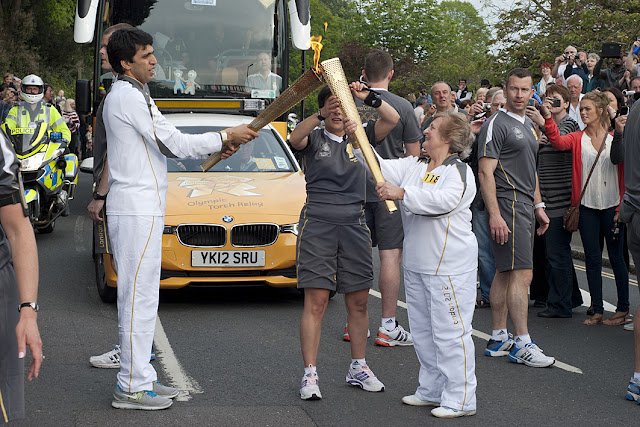 What has become known as the Olympic Torch 'Kiss' 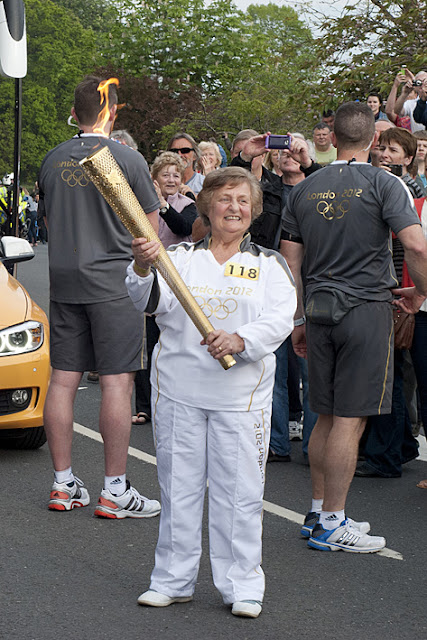 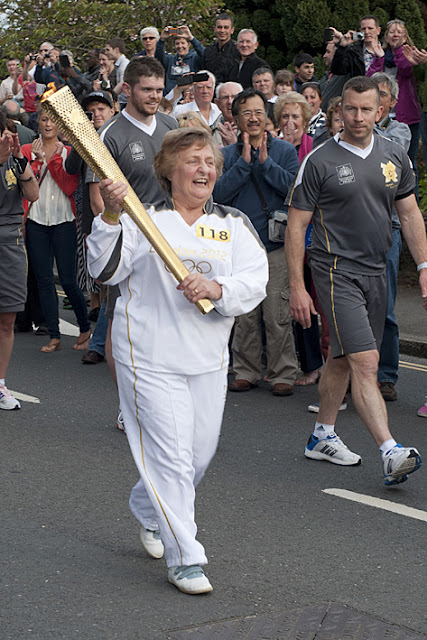 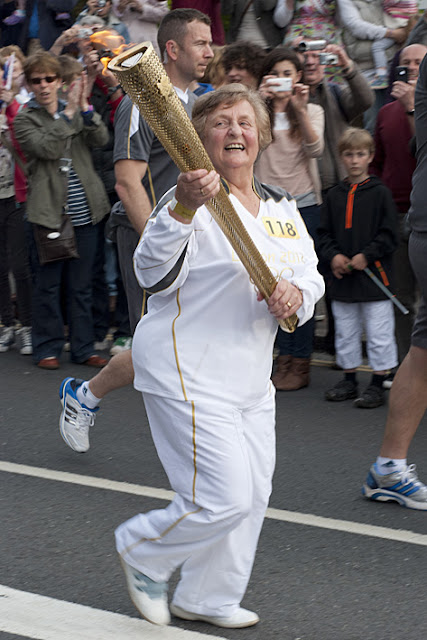 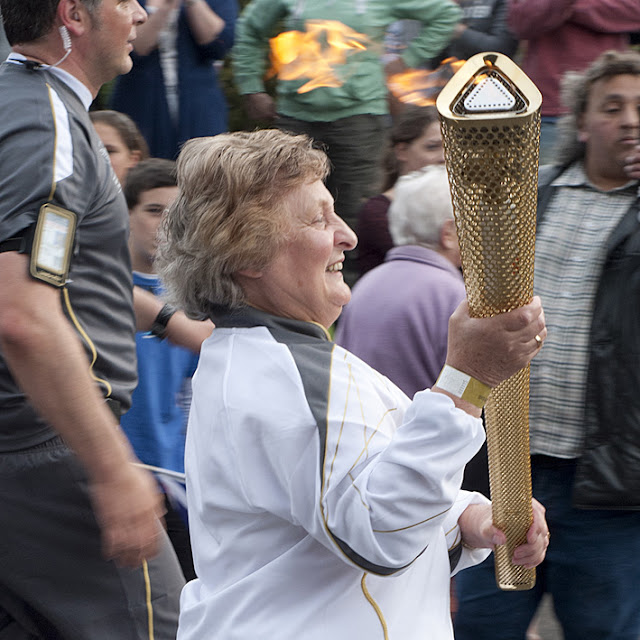 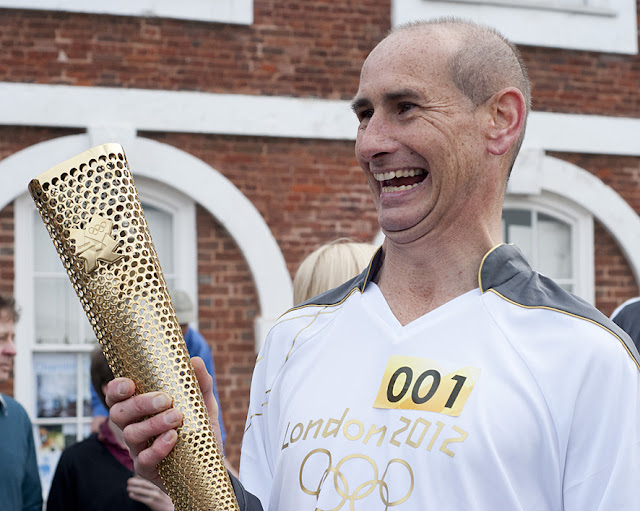 Next morning on the quay, I don't think the first torch bearer,  Paul Giblin co-ordinator of the Exeter Respect Festival, could have been more happy! 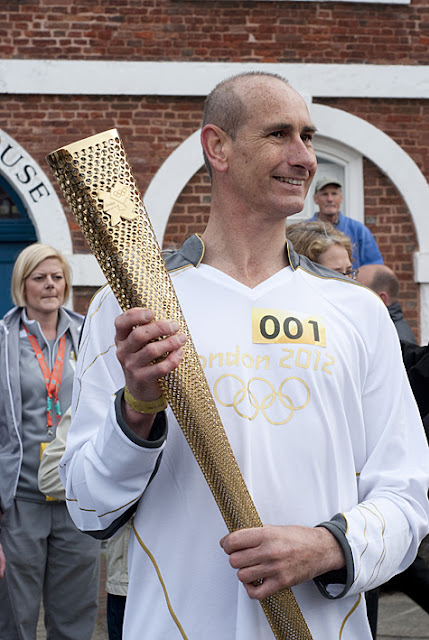 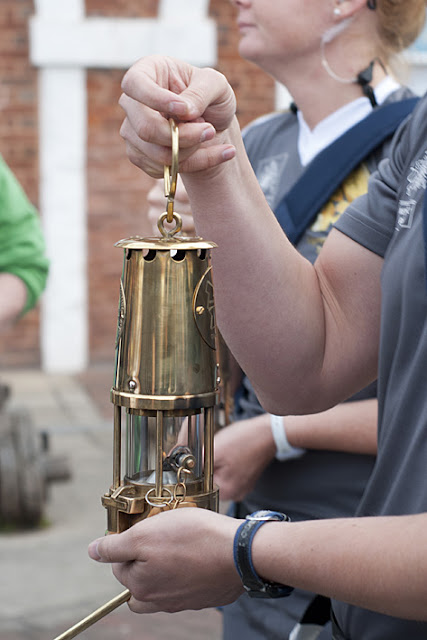 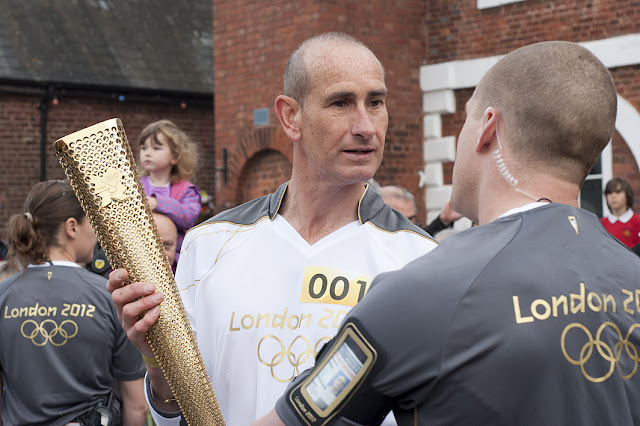 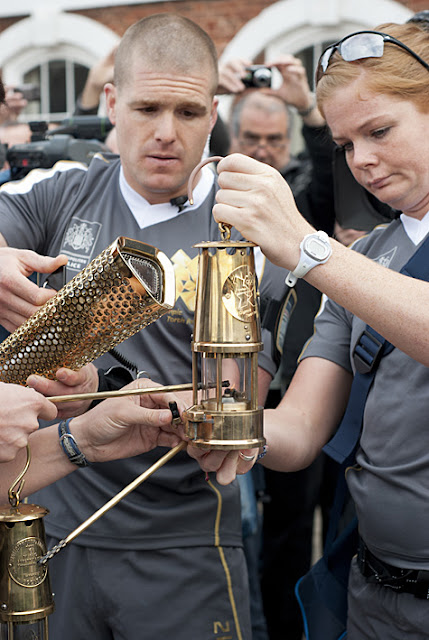 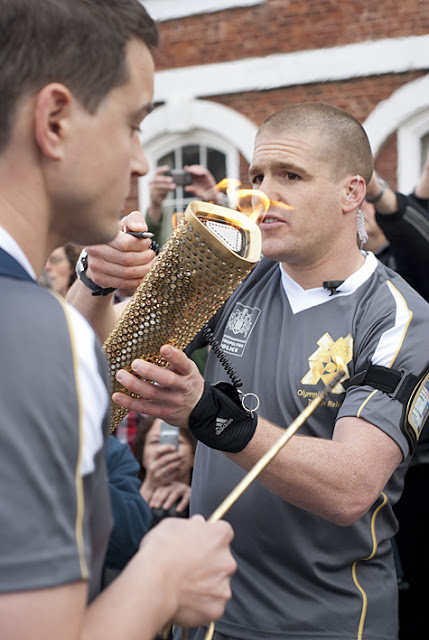 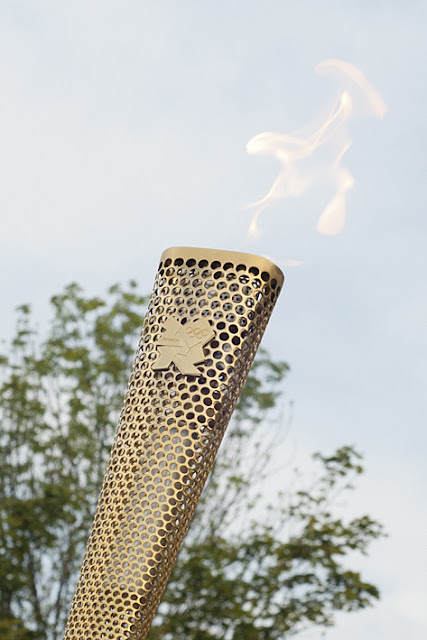 Last shot before the flame heads off out of Exeter