Yesterday after hearing of the location of Banksy's latest street work which is known as Mobile Lovers I decided to make the trip up to Bristol to photograph it. Throughout the 1.5hr drive I was hoping it wasn't already taken away by the time I got there, as I knew it was painted on a wooden panel and only held in place by screws. The location was Clement Street BS2 9EQ, as I pulled up there was a small crowd and 2 other photographers there, it became apparent that the work was 'under guard' by the youth leader of the nearby Broad Plain Boys' Club and they were intending on removing it to help fund their worthwhile cause. I was lucky that I had around 5 minutes to photograph the work before another man arrived with the tools to remove it, after removal it was displayed briefly outside the boys' club before being taken inside. I'm of the opinion that if they didn't remove it, that it would be either removed by someone else for financial gain or vandalised. This work and the rights and wrongs of it's removal has had a lot of media attention, it'll be interesting to see how this story develops.

UPDATE 8th May 2014
I had a lot of interest in my removal photos with them being used on Bristol BBC local news Points West and on the BBC News website here, here and here
Banksy Mobile Lovers ended up in Bristol Museum after a few days at the boys club after a wrangle over ownership. The latest twist to this story is that Banksy gives a letter to the boys club giving support to them and whatever they'd like to do with the art work, news story here

As usual the photos below tell the story, I am the holder of the copyright for licensing enquiries please contact me http://www.actualcolour.com/contact.htm and don't use without my permission. 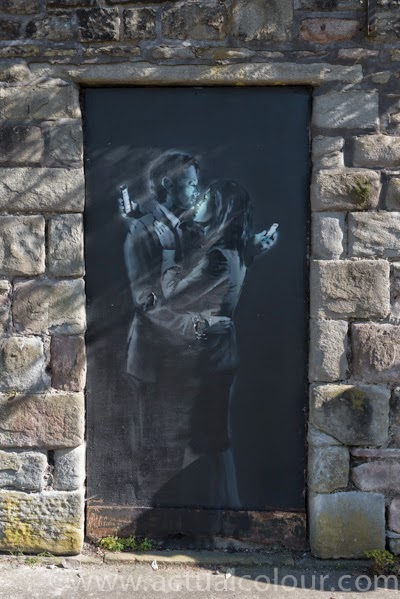 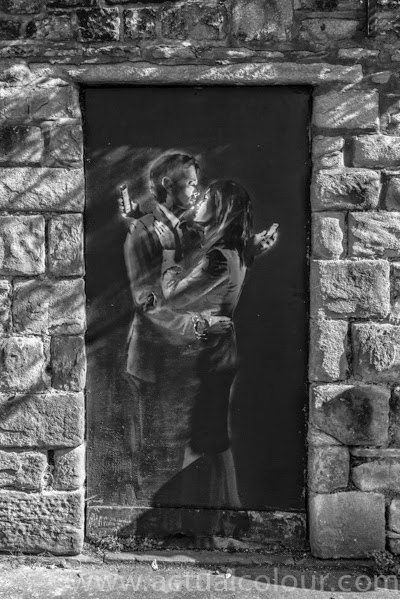 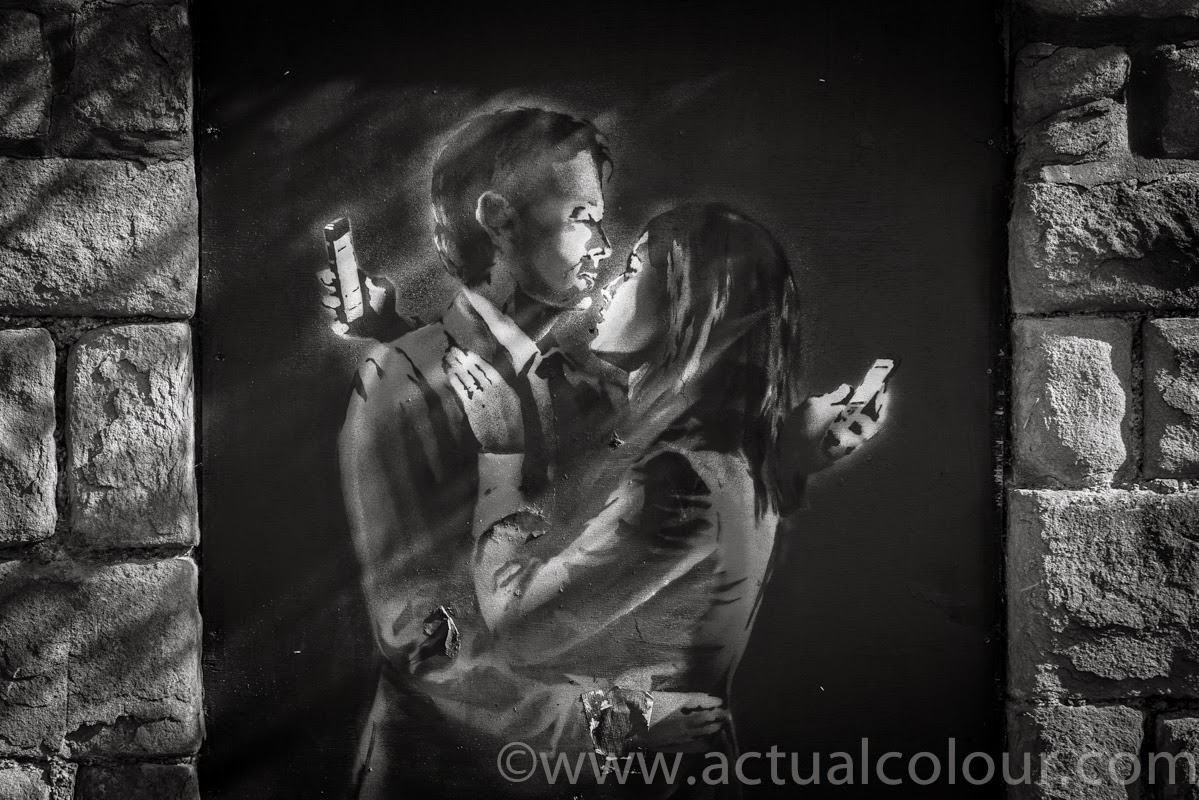 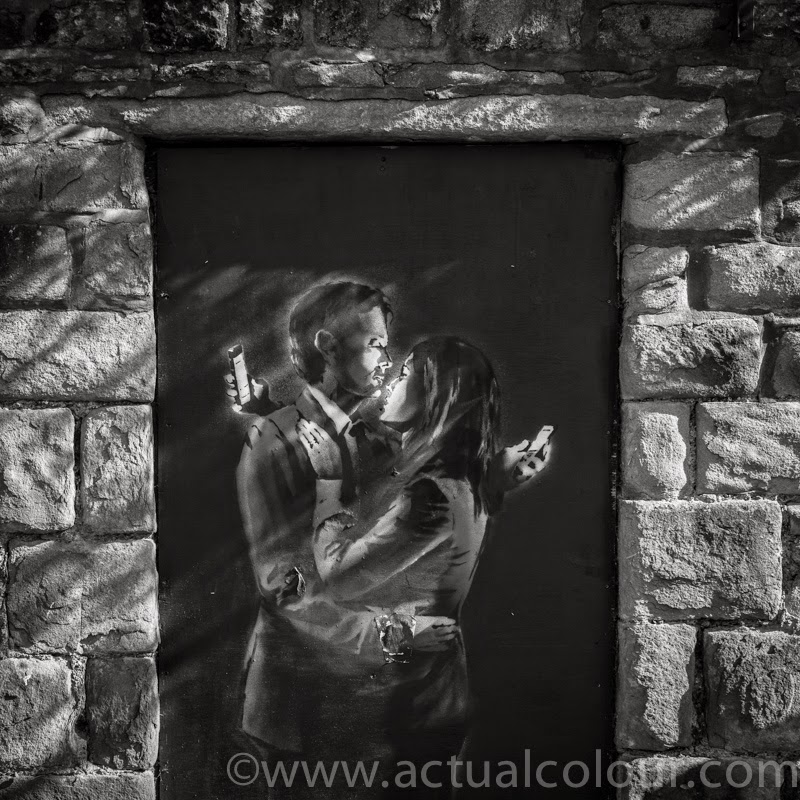 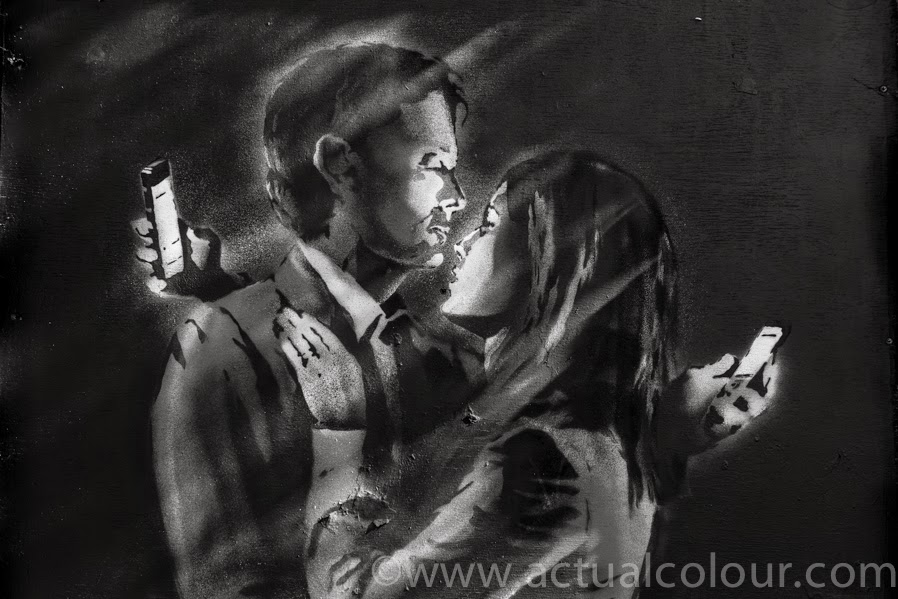 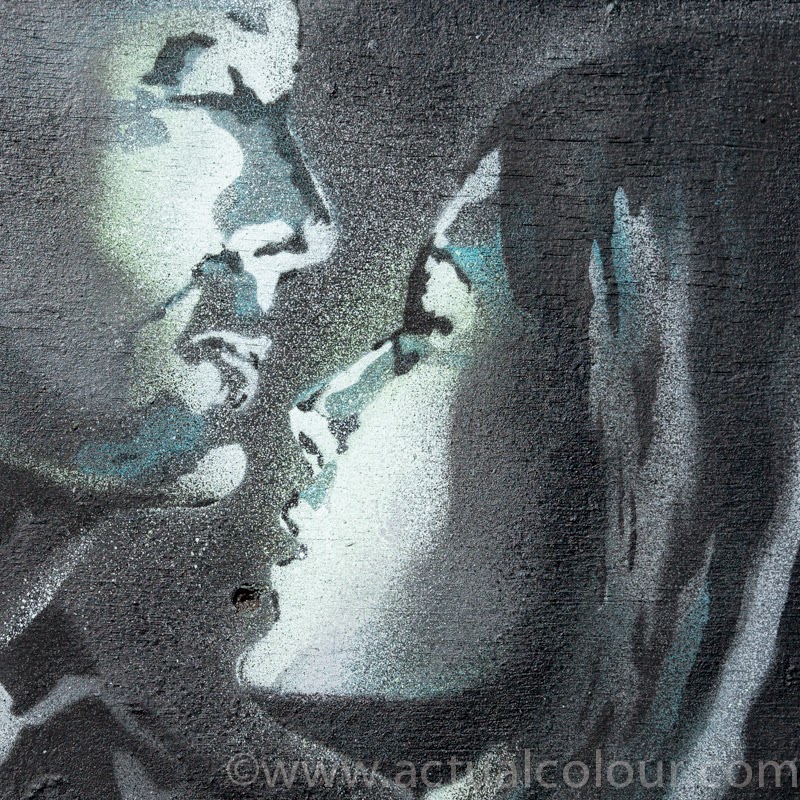 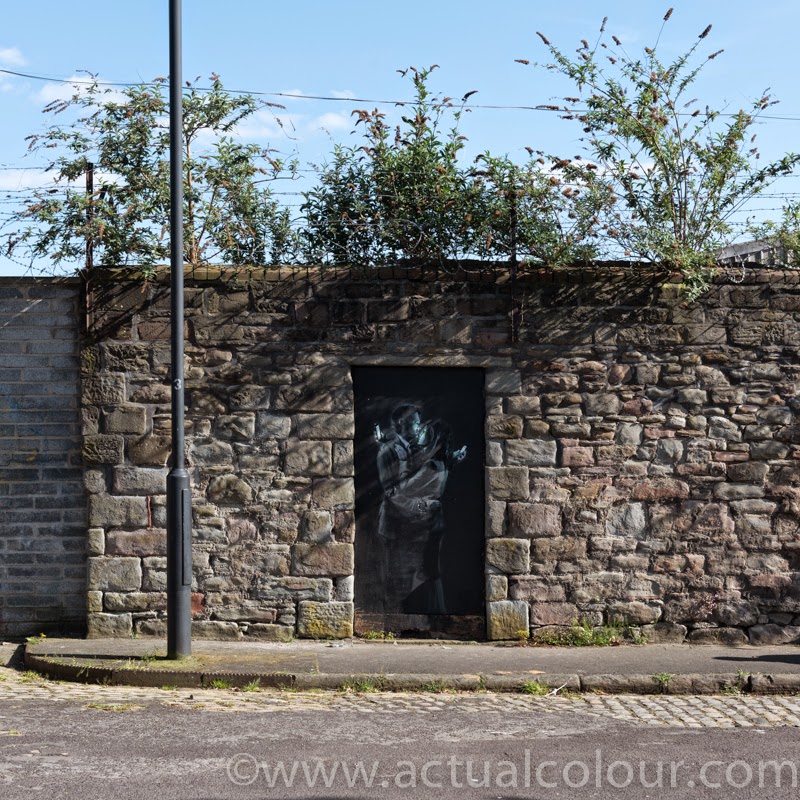 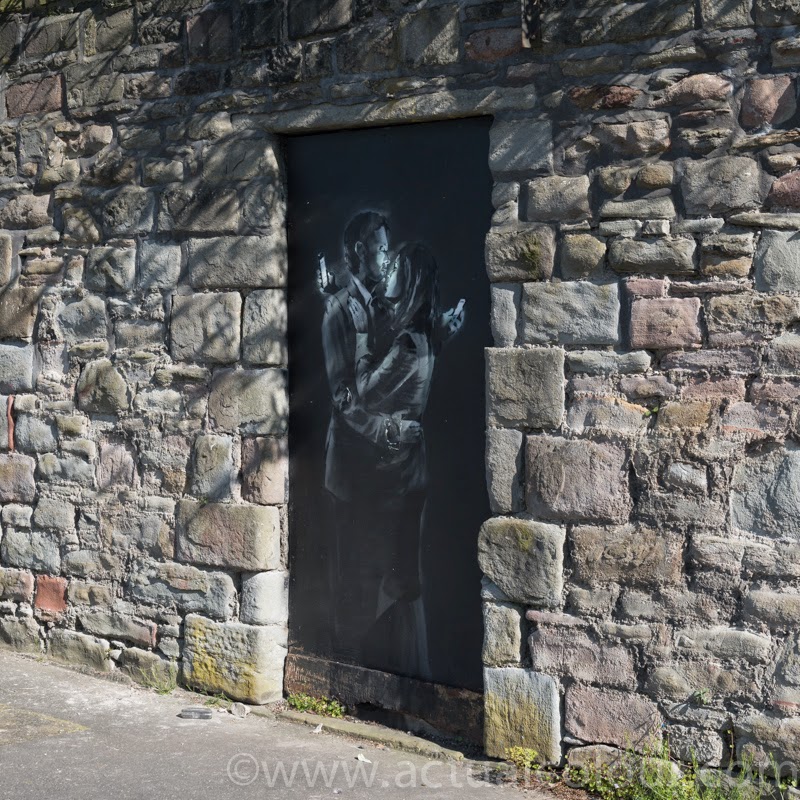 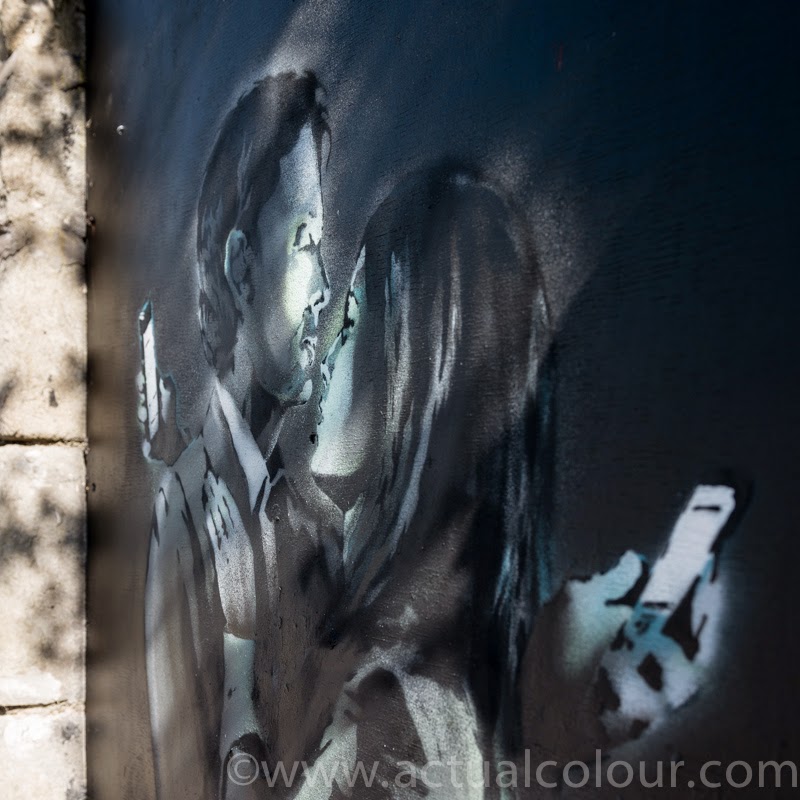 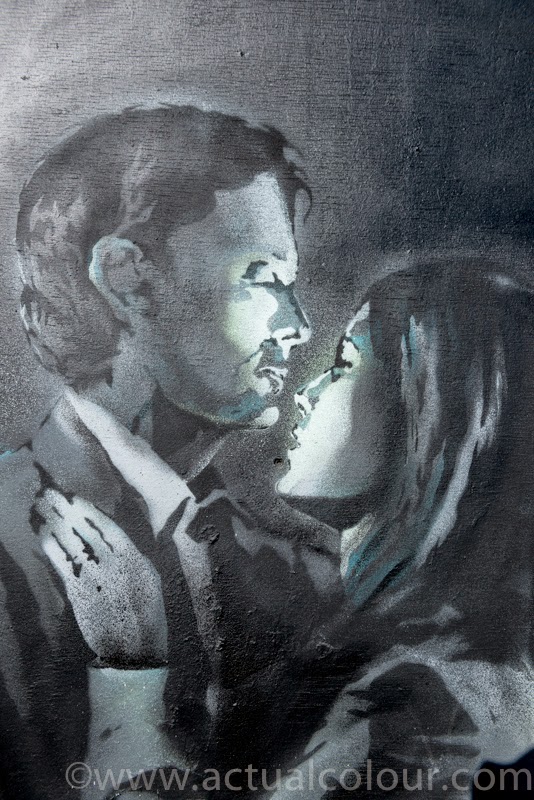 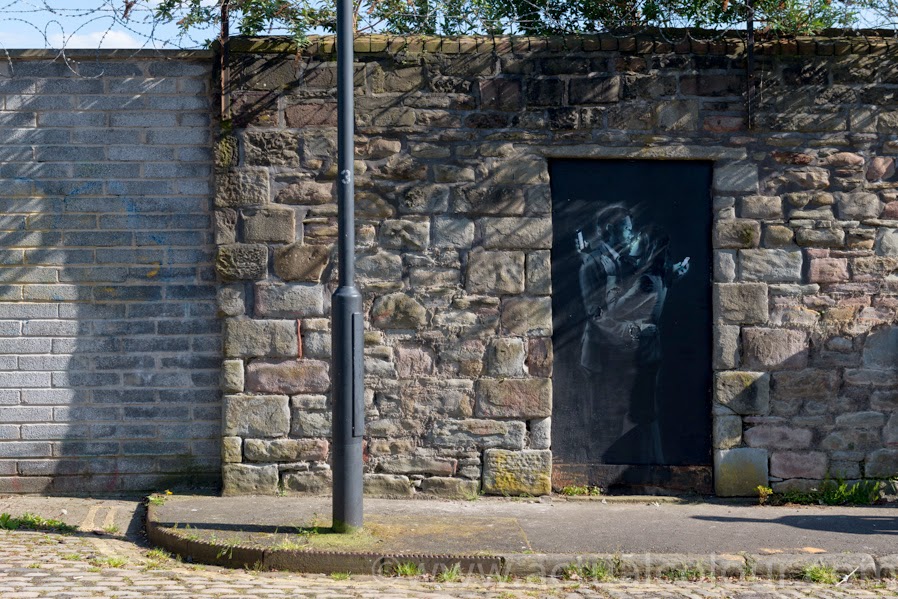 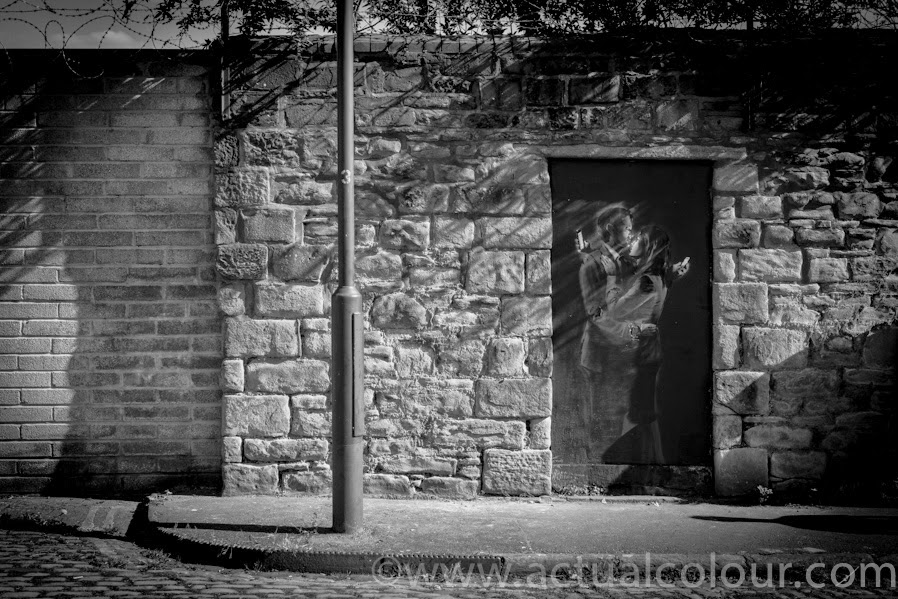 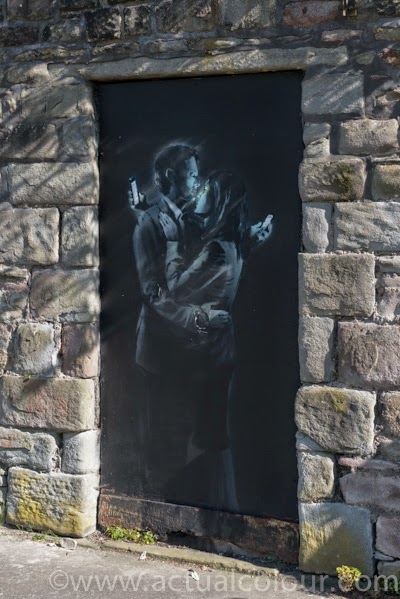 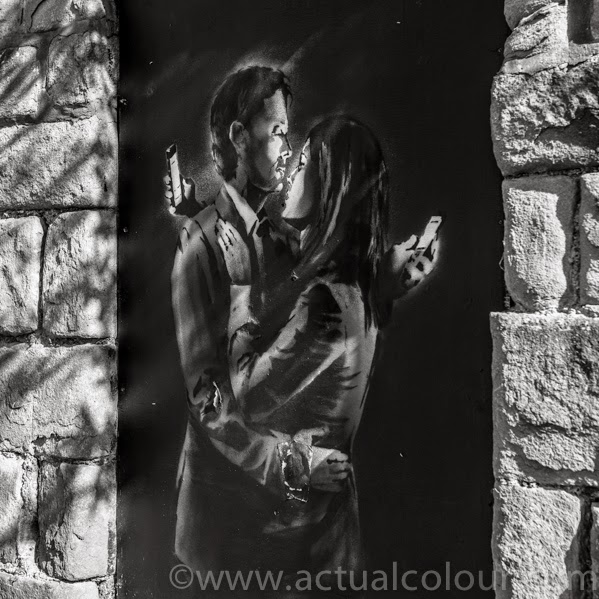 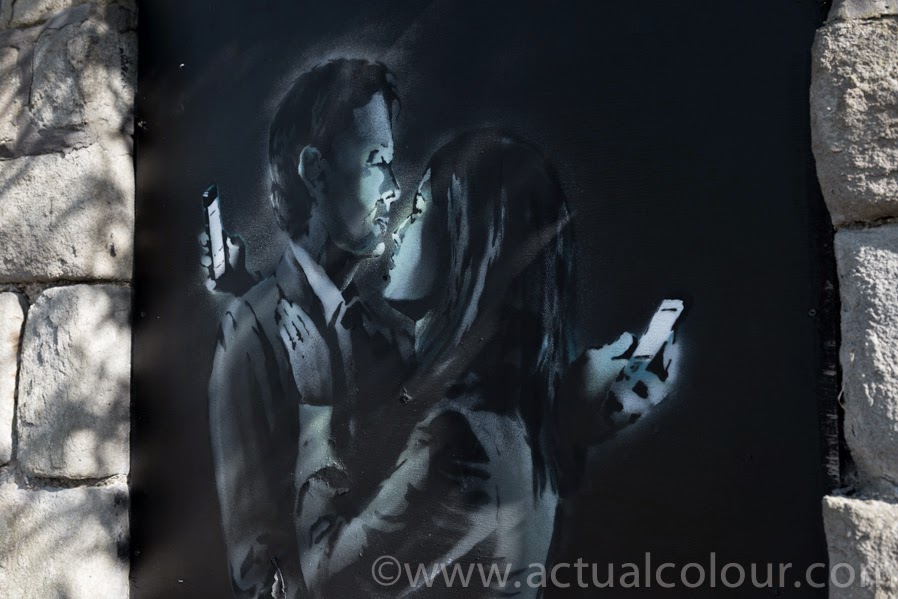 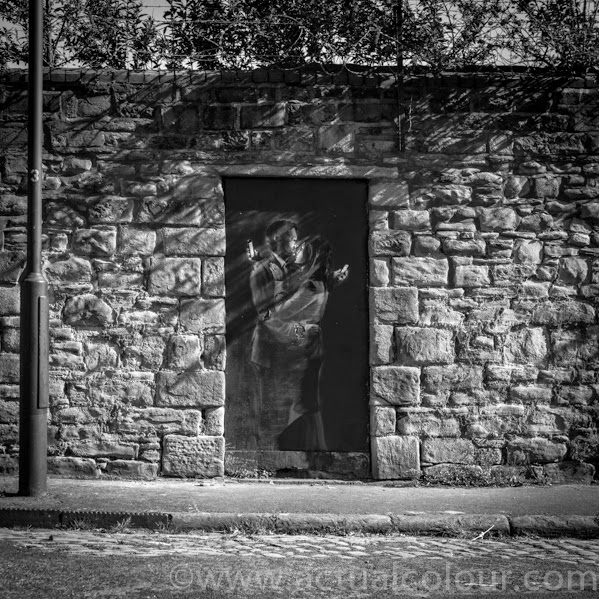 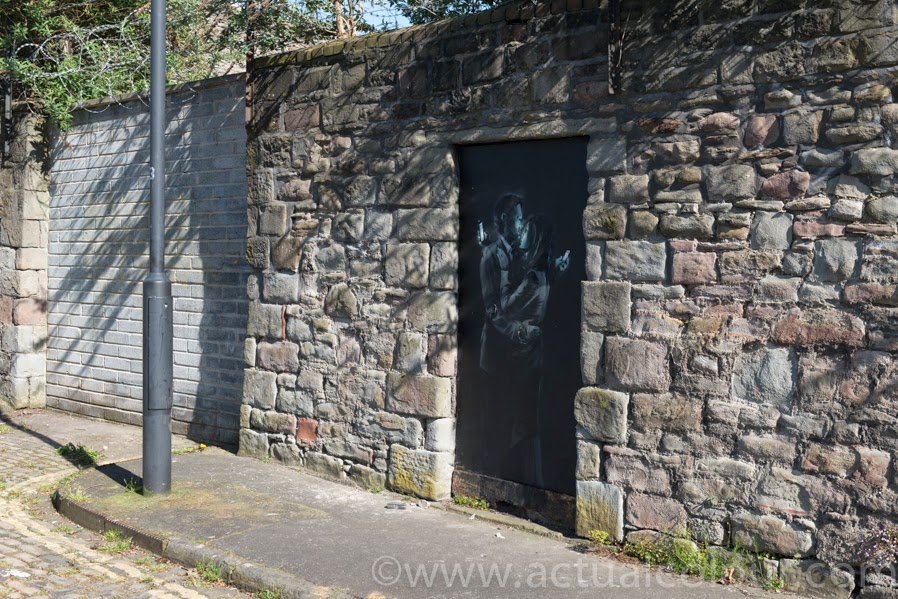 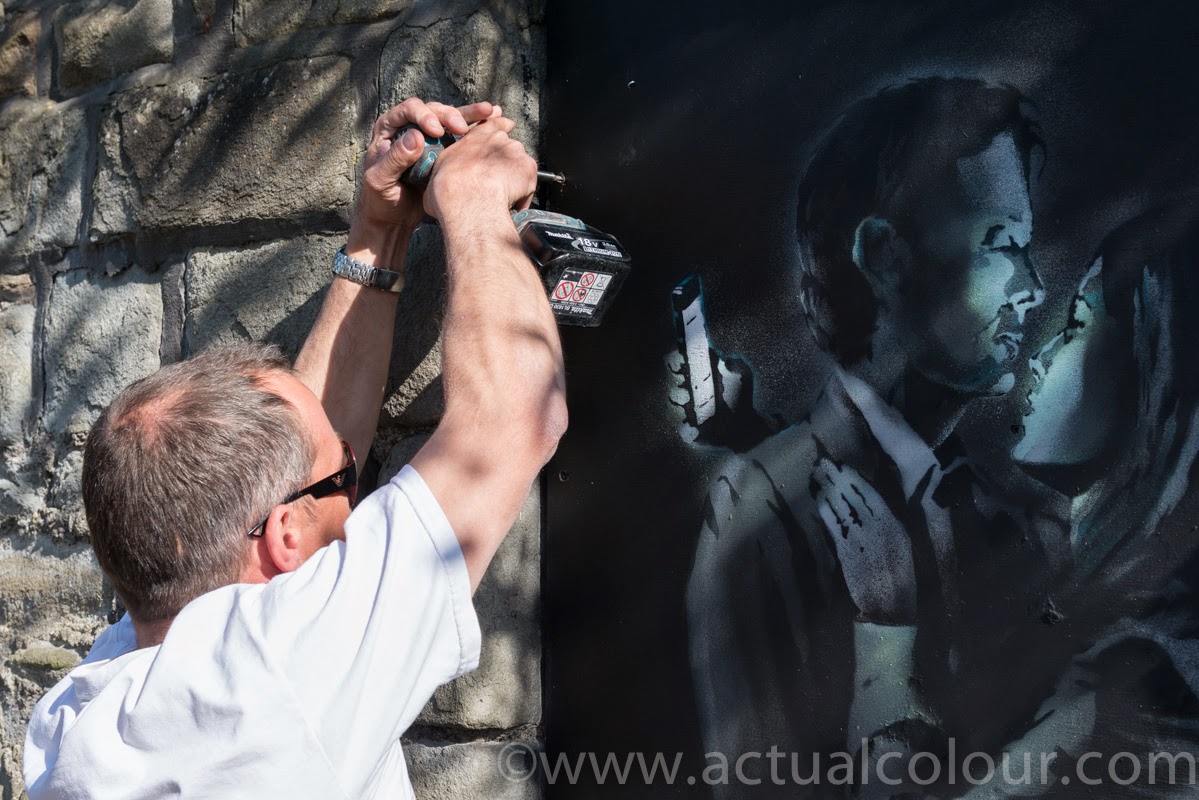 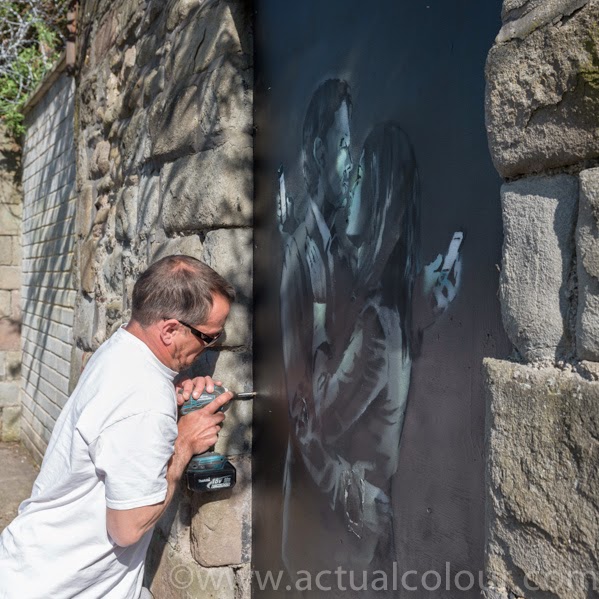 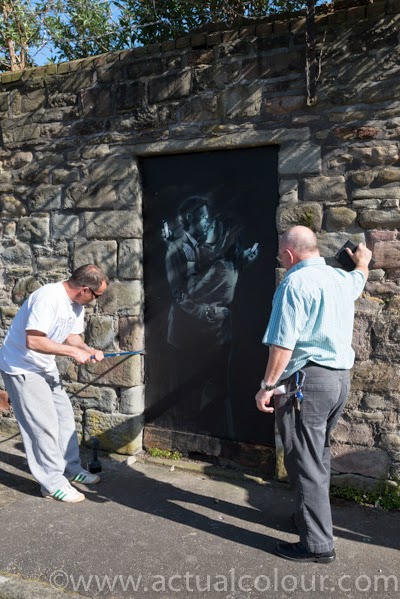 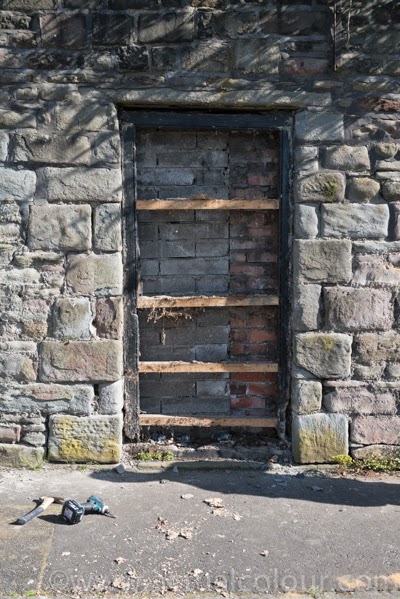 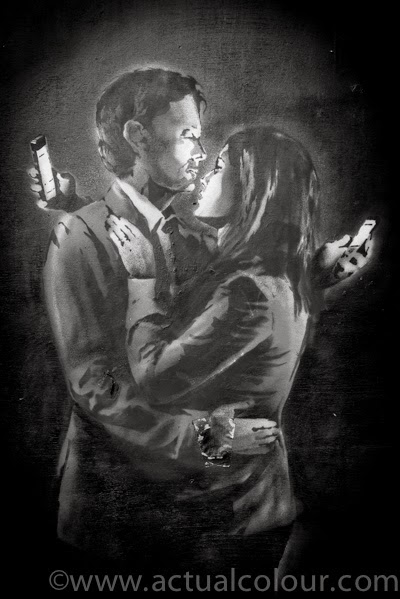 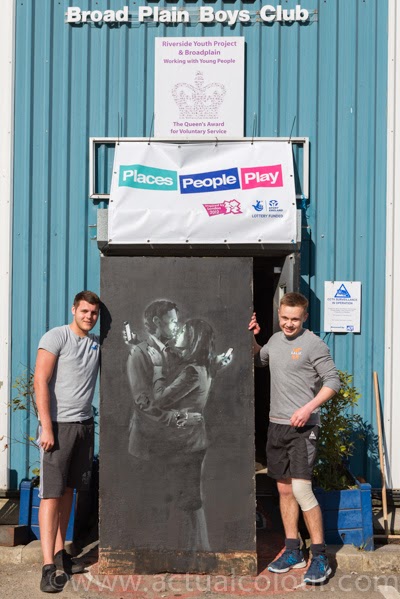 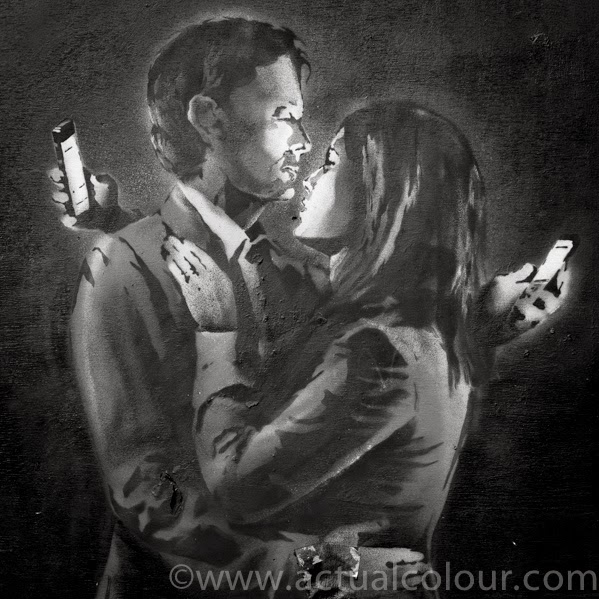 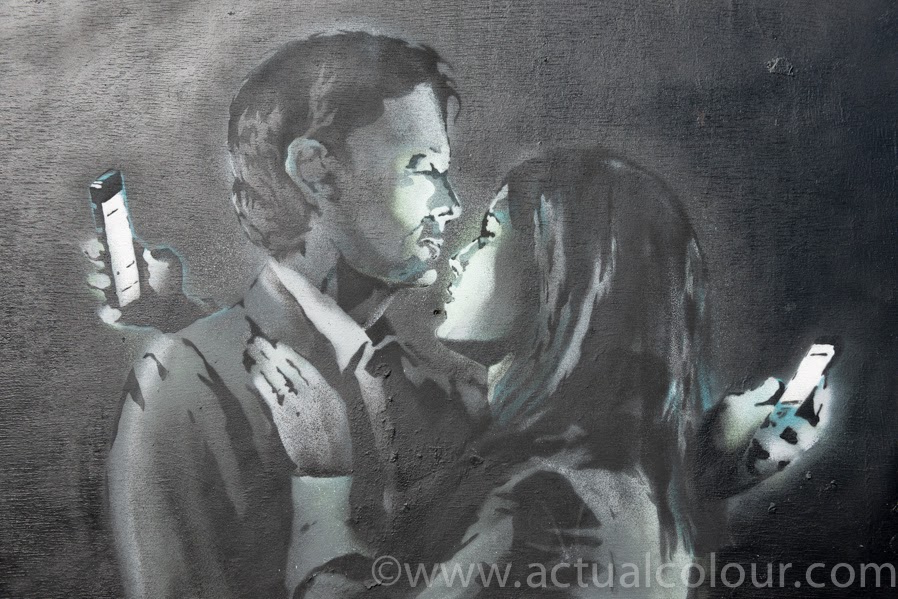 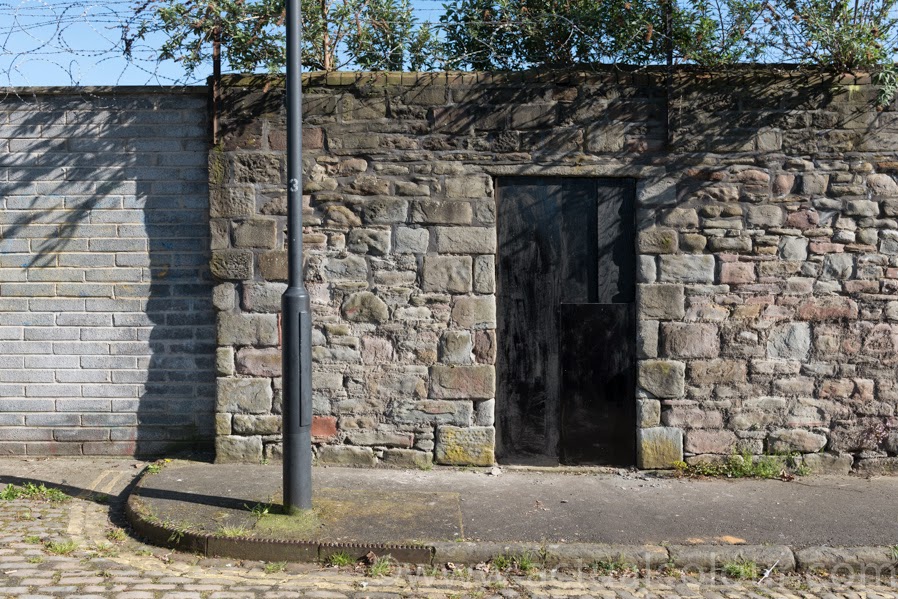 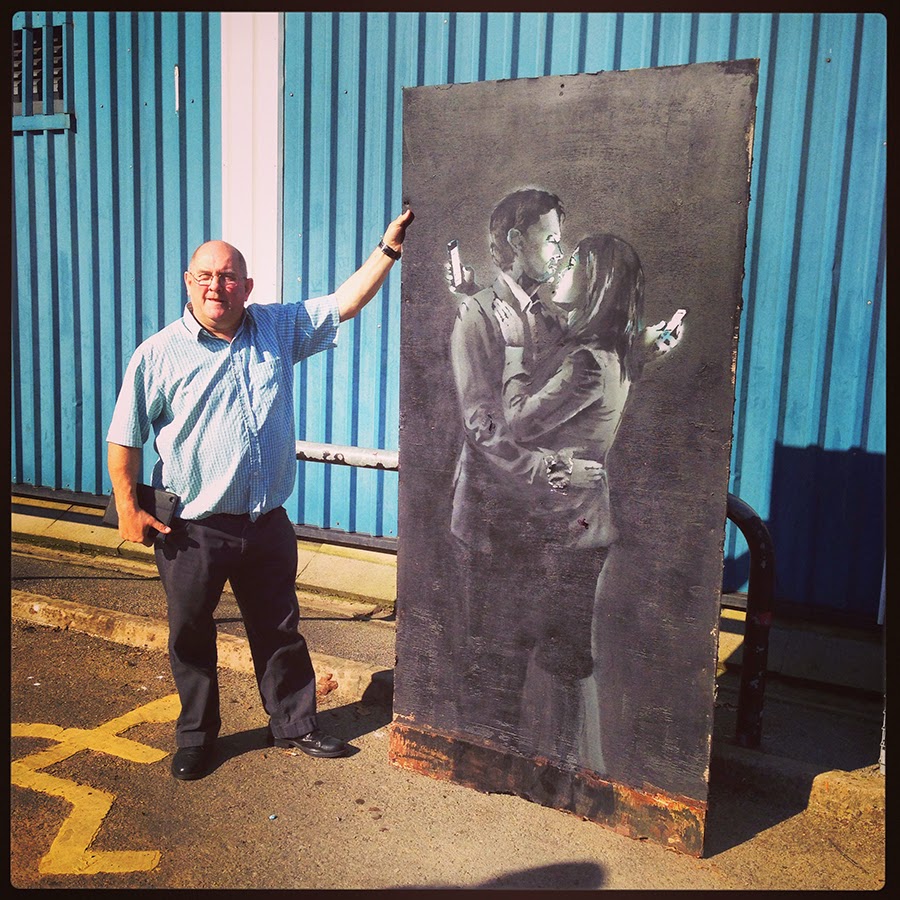